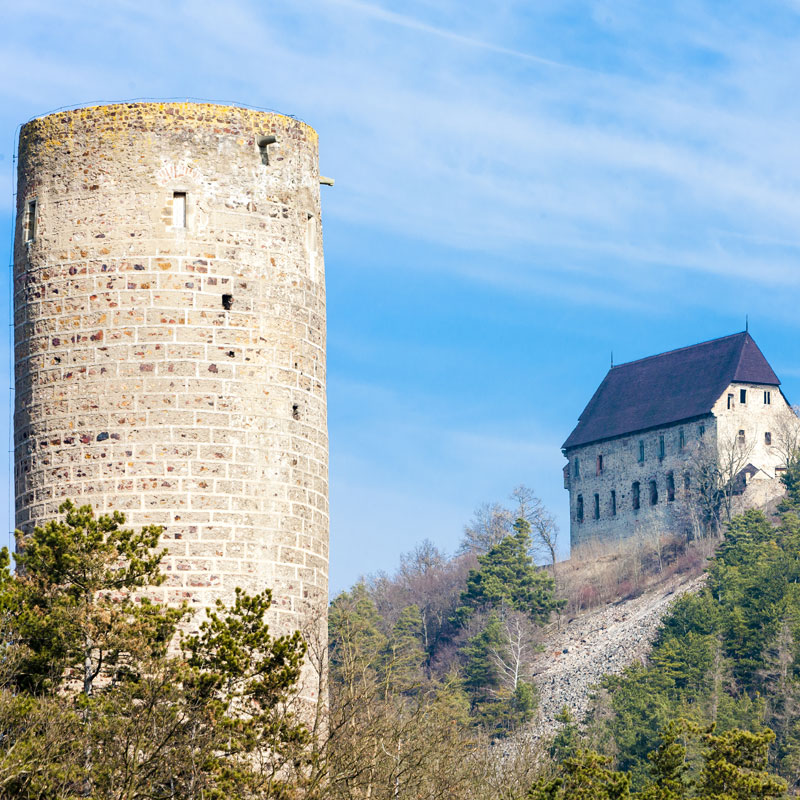 The original function of the castle was to safe-guard the trade route connecting Prague and Bavaria, also known as “Via Carolina”. Its well preserved tower now serves as a look-out tower and provides wonderful views of the surrounding area. After the great fire in 1395 the importance of Zebrak declined, when the Czech king Vaclav IV (Wenceslas IV) had a nearby castle of Tocnik built, which started to be used instead of Zebrak by the royal family. The castle ruins are accessible via a hiking track (approximately 500 metres away from a nearby car-park) for individual tours April to September.

You can visit Žebrák castle on these routes: