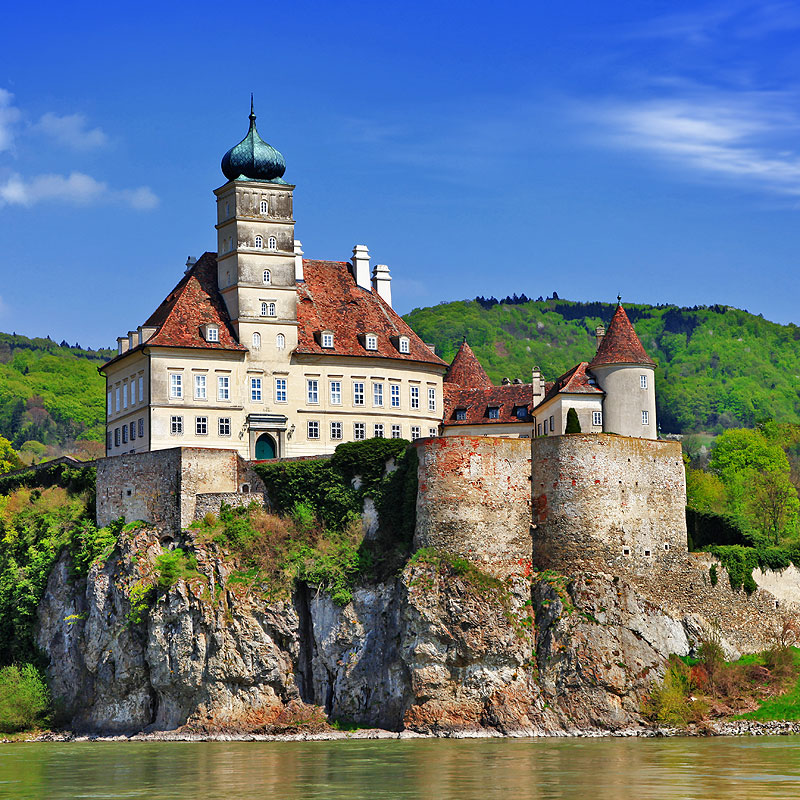 a picturesque landscape formed by the Danube river

Enjoy a drive along a small road through an area of vineyards by the Danube River.

The Wachau valley is located midway between the towns of Melk and Krems. A well-known place and tourist attraction is Dürnstein, where King Richard the Lion-Heart of England was held captive by Duke Leopold V. The architectural elegance of its ancient monasteries (Melk Abbey and Göttweig Abbey), castles and ruins combined with the urban architecture of its towns and villages, and the cultivation of vines are the dominant features of the valley. nA romantic 1.5-hour boat ride down the Danube River from Spitz to Melk (seasonal) is definitely an interesting experience.n

You can visit Wachau Valley on these routes: