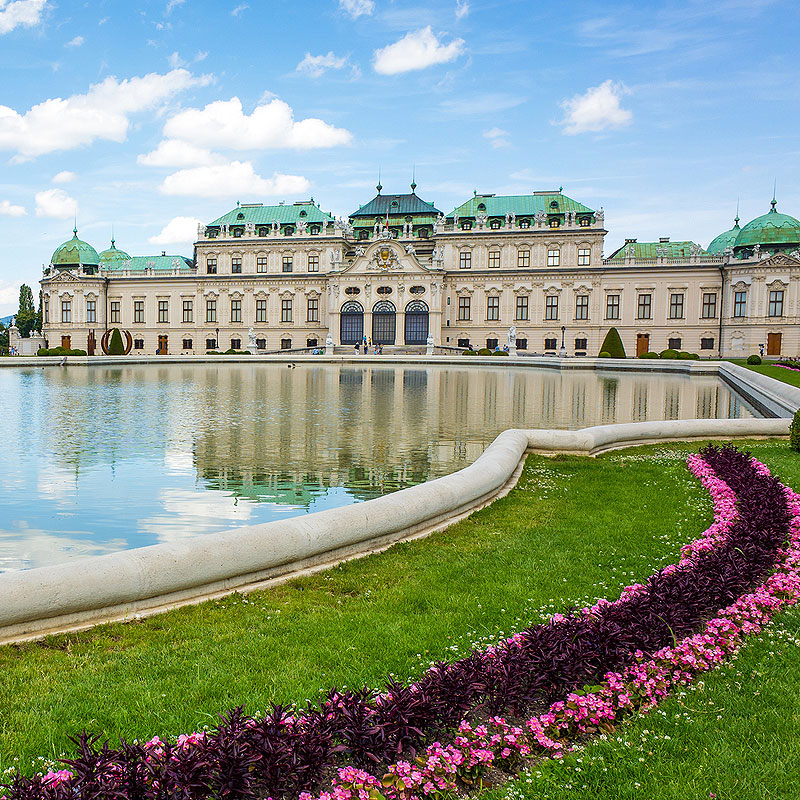 Vienna (Wien in German) is the capital city of Austria, and also an independent municipality. With its population of over 1.7 million inhabitants (inner core), Vienna is the largest and most populous city in Austria. In 2001, Vienna´s historical centre was listed by UNESCO among the world heritage sites. Vienna is a convenient scenic stop-over for travellers on their way to various destinations. Due to its location on the river Danube, Vienna is also a popular stop-over for river-cruise travellers on their voyage along the river´s beauties.

Vienna is a popular destination for immigrants coming from Turkey, countries of former Yugoslavia, Romania, Poland, Hungary, as well as the Czech Republic. It is best known as a place, where a number of composers created their masterpieces, and has a permanent Philharmonic Orchestra. You can also visit a number of theatres (e.g. Burgtheater, Volkstheater), concert venues (e.g. Volksoper, Staatsoper), and museums (e.g. Hofburg, Museumsquartier). The typical Viennese cuisine includes a number of foreign influences. As a result, you can enjoy the Wiener Schnitzel (Viennese steak), Sacher Torte (Chocolate cake), or dumplings. Vienna has an easy-to-use public transport system, which includes the underground (U-Bahn), surface trains (S-Bahn), trams, busses, trolley-busses and taxis. Viennese speciality is a Citybike bicycle hire with a number of pick-up and drop-off stations. We recommend to allow at least 2 days to see some of the sights, and visit some of the numerous venues Vienna offers all year round.

You can visit Vienna (Wien) on these routes: