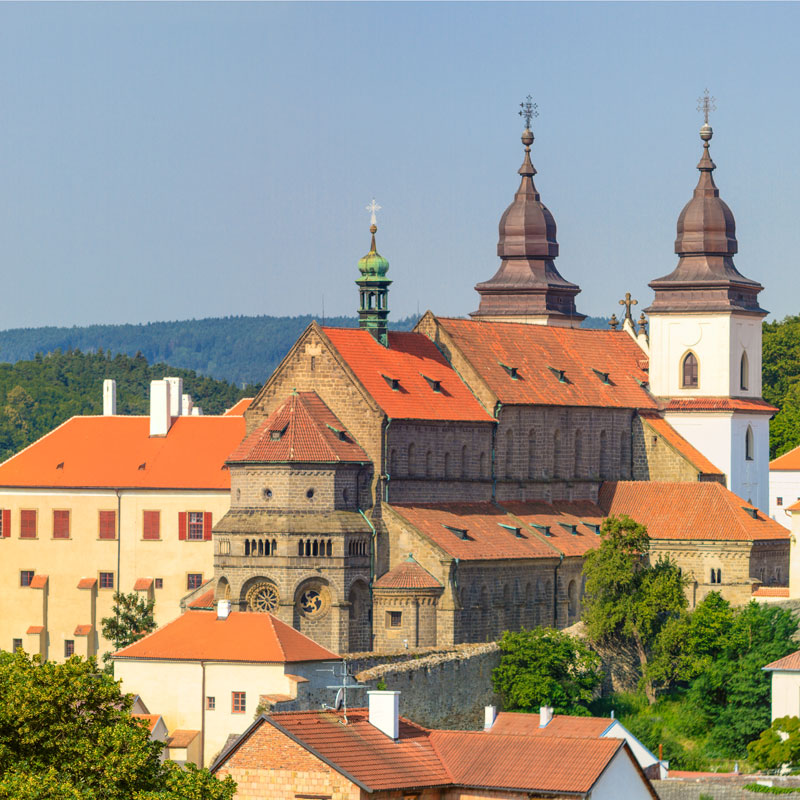 a town with UNESCO sights

Trebic is a town of nearly 40 thousand inhabitants covering some 56 square kilometres situated in the west of Moravia in the district known as Highlands (Trebic occupies its south-eastern part). Trebic is situated 56 kilometres west of the region´s capital of Brno, making it an ideal scenic stop-over for travellers on their way between Prague and Vienna, Cesky Krumlov, Telc, Bratislava, or Budapest.

The local Jewish Quarter and the Basilica of St Prokopius (Romanesque-Gothic style) were listed by UNESCO among the world heritage sites in 2003. The town´s Charles Square with its area of 22 thousand square metres is one of the largest central town squares in the Czech Republic. Trebic offers its visitors a number of cultural events, too, including the Folk Festival, or the Festival of Beer. The town also has a number of town parks, churches, and other noteworthy sights. There is a sports airport on the outskirts of Trebic, too. The beginnings of the town are closely connected with the Benedictine Cloister, which was built here as early as 1101 A.D., and which was later replaced by today´s Trebic Castle. At the beginning of the 20th century, the town marked a great development, when Bata took over the leather factory, and started building semi-detached houses for his workers. The great development continued after the Second World War, when Trebic became the residence of many workers building and working on the first nuclear power plant in the Czech Republic called Dukovany. That is why there are a number of blocks of flats forming extensive housing estates built of concrete blocks - typical town housing over the communist times.

You can visit Třebíč on these routes: