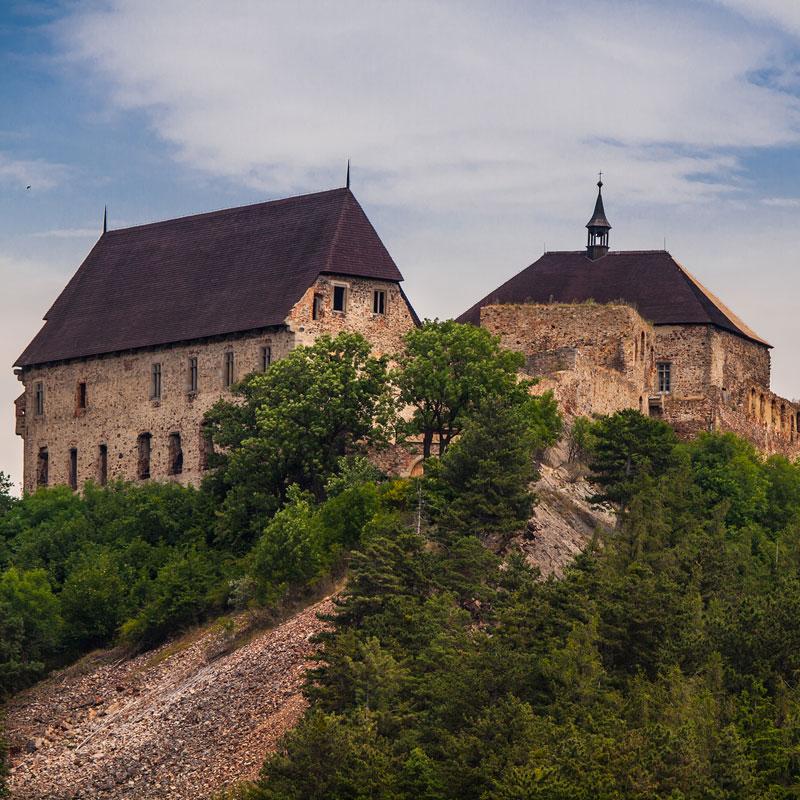 Točník Castle is a stone Gothic castle situated approximately 50 kilometres away from Prague (45-minute drive), within walking distance of its predecessor, the Zebrak Castle (now ruins with functional lookout tower).

The history of Tocnik is closely linked to another castle of Zebrak, which it replaced after Zebrak had been ruined by a great fire in 1395. This is also the time, when Tocnik was built by the Czech king Vaclav IV (Wenceslas IV) to be used instead of Zebrak. The original function of both castles was to safe-guard the trade route connecting Prague and Bavaria, also known as “Via Carolina”. Tocnik was built as a representative residence with predominant protective function in the time, when Vaclav IV faced new challenges due to the emerging Hussite reformist movement as well as trying to restore his kingdom following a great plague of 1380, and of course ever growing demands of the the gentry and nobility. Tocnik was last lived in until the beginning of 17th century by the Lords of Lobkovic, when it gained some Renaissance modifications. We recommend this scenic stop for all lovers of Gothic architecture.

You can visit Točník castle on these routes: