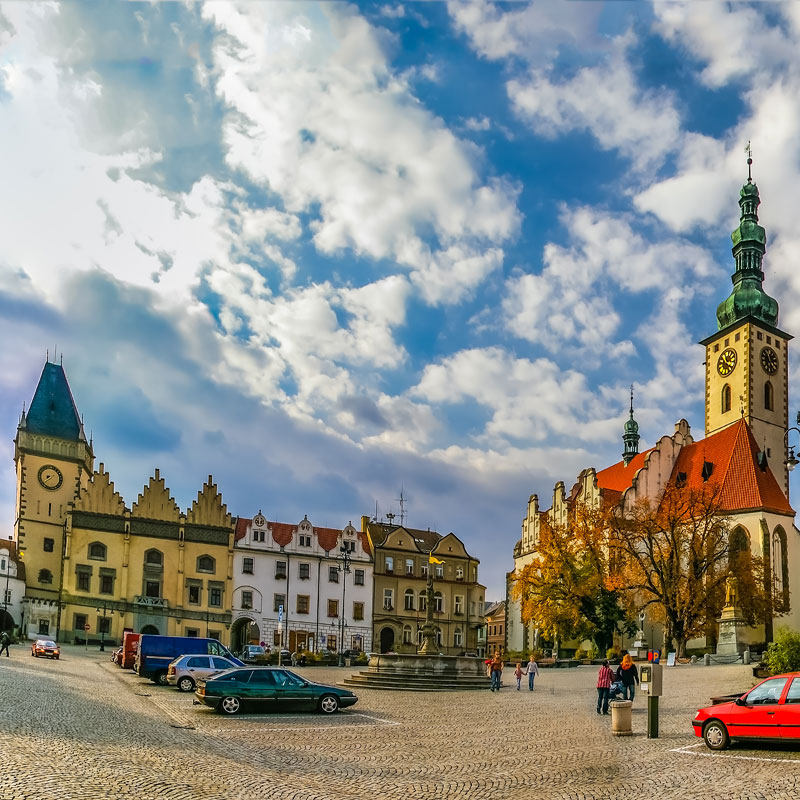 the reformist capital of the world

Tabor (with its over 35 thousand inhabitants) is the second most populous town of a region called South Bohemia located on the river Luznice. The town´s biggest attraction is its mediaeval Hussite movement history, which became an inspiration for a number of Modern Times reformers such as Martin Luther King. It is situated approximately 94 kilometres south of Prague.

The town of Tabor was founded in 1420 by the Hussites (lead by Jan Zizka of Trocnov), who wanted to create a new society refusing all “mankind” laws, and obeying only the Law of God. Everybody was equal, and all “Taborites” shared their private property with others. Right from the beginning, they also formed their own military unit, which attacked nearby ecclesiastic buildings (their source of income for Tabor). They treated their enemies the same they were treated by the Catholic church army. They also destroyed all equipment of churches and cloisters, and burned the buildings to express their call for modesty and simplicity. It was not until 1452 when the town surrendered to the 17,000 men strong army, and were forced to swear allegiance to Jiri z Podebrad, the land´s governor. Over the following years, Tabor (like the majority of other mediaeval settlements) experienced fires as well as sieges (e.g. the Swedes). It managed, however, to keep some of its mediaeval architecture until today. Tabor is a vibrant and modern town on one hand, with magnificent mediaeval architecture, and breathtaking history, on the other hand. Among its main attractions belong the Zizka Square and the Gothic Dean Church (the landmark of Tabor visible from far away). You can also visit the unique underground tunnels (katakomby) dug under the Old Town. Other note-worthy sights include the renaissance Water Tower, which was build in connection with the Jordan Dam supplying the town with drinking water. Tabor also has its chateau, i.e. the baroque Chateau of Mesice (situated in one of the town´s quarters). Of course, you can also visit the local museums and galleries, including the Hussite Museum, or the local Observatory situated in the town library. We recommend to allow at least half a day to soak in the atmosphere of this cradle of reformist movement, including its architecture, museums, town tours, and its natural beauties (e.g. the Botanical Gardens, or the river Luznice - a heaven for rafters and canoeists alike).

You can visit Tábor on these routes: