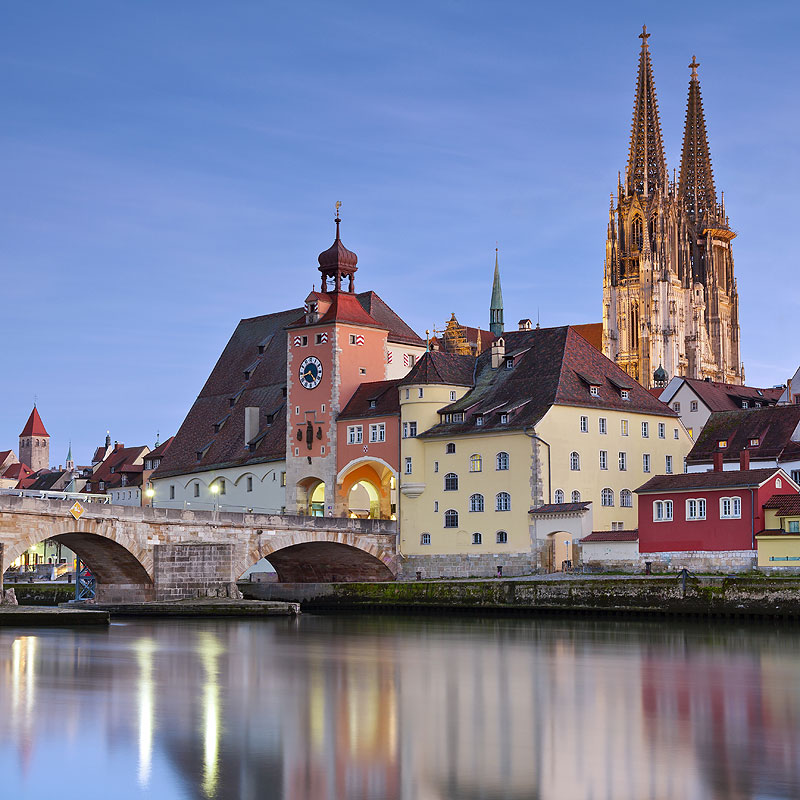 medieval city at the confluence of two rivers

Regensburg is a city in Bavaria, Germany, at the confluence of the Danube and Regen River. To the east lies the Bavarian Forest.The medieval centre of the city is a UNESCO World Heritage Site.

It is one of the oldest municipal housing estates in Germany. Regensburg has many very interesting sights and historical buildings, such as The Dom (Cathedral), The Stone Bridge (Steinerne Brücke) built 1135–1146, a highlight of medieval bridge building, The Church of St. James, also called Schottenkirche, a Romanesque basilica of the 12th century, derives its name from the monastery of Irish Benedictines to which it was attached, The Adler-Apotheke, located nearby the Regensburg Cathedral.

You can visit Regensburg on these routes: