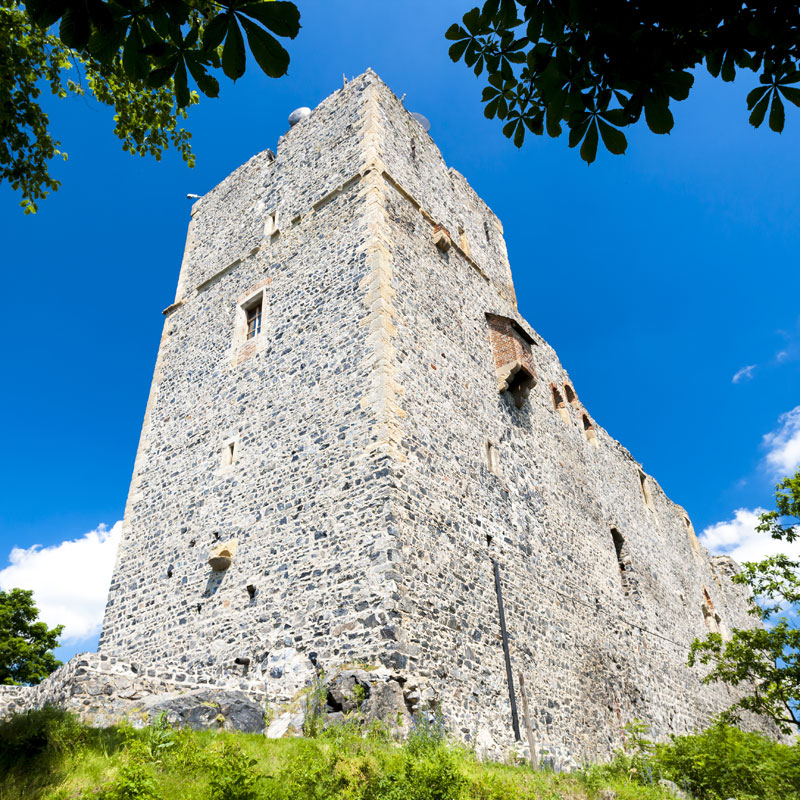 Radyně Castle (also known as Karlskrone, Karlshut, or Kugelweit in German) is situated on a hill (of the same name) approximately 1.5-hour drive from Prague, just past the city of Plzen.

It was built during the reign of Charles IV (Karel IV.) before 1361. Today, the castle is in ruins with well preserved parts of the outer walls, and both towers (one of which was turned into a lookout tower), two deep cisterns, and a moat. We recommend to allow approximately 1 to 2 hours to visit the castle ruins. There is an audio-visual exposition available in the castle tower presenting the fates of mystique fairy-tale figures from the castle. There is a car park, and a restaurant, too

You can visit Radyně castle on these routes: