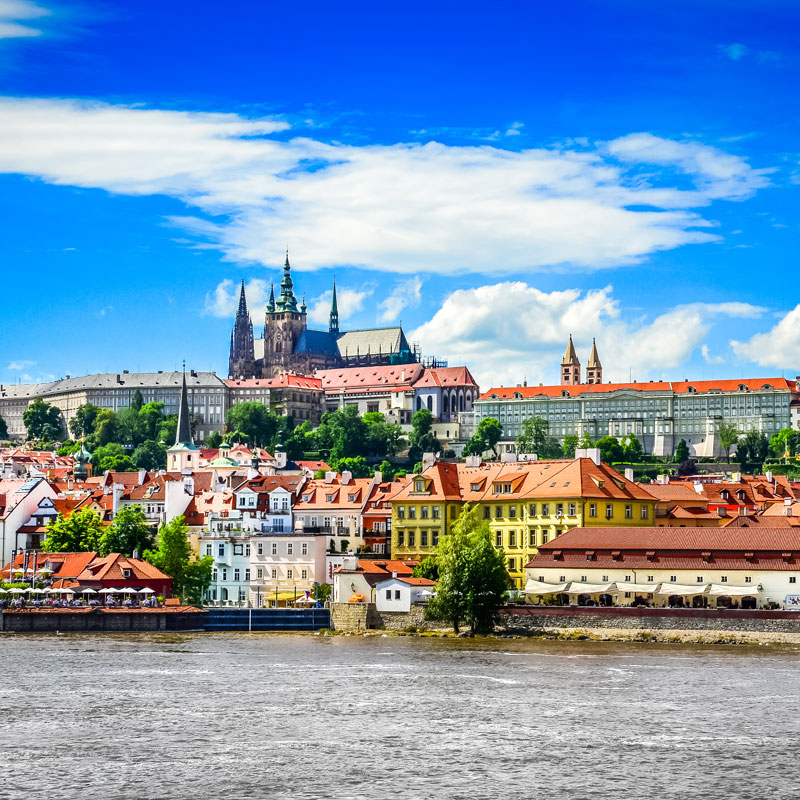 the heart of Europe full of historical monuments

Prague is the capital and the largest city of the Czech Republic. The city of Prague stands in the north-west of the country on the Vltava River and it’s home to about 1,24 million people.Prague has been a cultural, economic and political centre of central Europe with waxing and waning fortunes during its 1100-year existence. The city was founded during the Romanesque and flourishing by the Gothic and and Renaissance eras and it was not only the capital of the Czech Republic, but also the seat of two Holy Roman Emperors and thus also the capital of the Holy Roman Empire.

Prague offers a number of famous cultural attractions, many of which survived the violence of 20th-century Europe. In the city, you can find more than ten major museum, along with numerous theatres, galleries, cinemas, and other historical exhibits. Also, here is situated many of public and private schools, including Charles University. Since the fall of the Iron Curtain, Prague has become one of the world’s most popular tourist destinations. Prague suffered considerably less damage during the World War II then some other major cities in the region, allowing most of its historic architecture to stay true to form. It contains one of the most pristine and varied collections of architecture in the world, from Romanesque, to Gothic, Renaissance, Baroque, Rococo, Neo-Renaissance, Neo-Gothic, Art Nouveau, Cubist, Neo-Classical and ultra-modern. Some of the popular sights include: Prague Castle with the St. Vitus Cathedral which store the Czech Crown Jewels, the picturesque Charles Bridge, Petřín Hill with Petřín Lookout Tower, Mirror Maze and Petřín funicular, the Astronomical Clock on Old Town City Hall, the Jewish Quarter, Old Jewish Cemetery, Powder Tower, Spanish Synagogue with its beautiful interior, the Old Town Square and many others. Since 1992, the extensive historic centre of Prague has been included in the UNESCO list of World Heritage Sites. Its rich history makes it a popular tourist destination, and the city receives over 4,4 million international visitors annually.

You can visit Prague (Praha) on these routes: