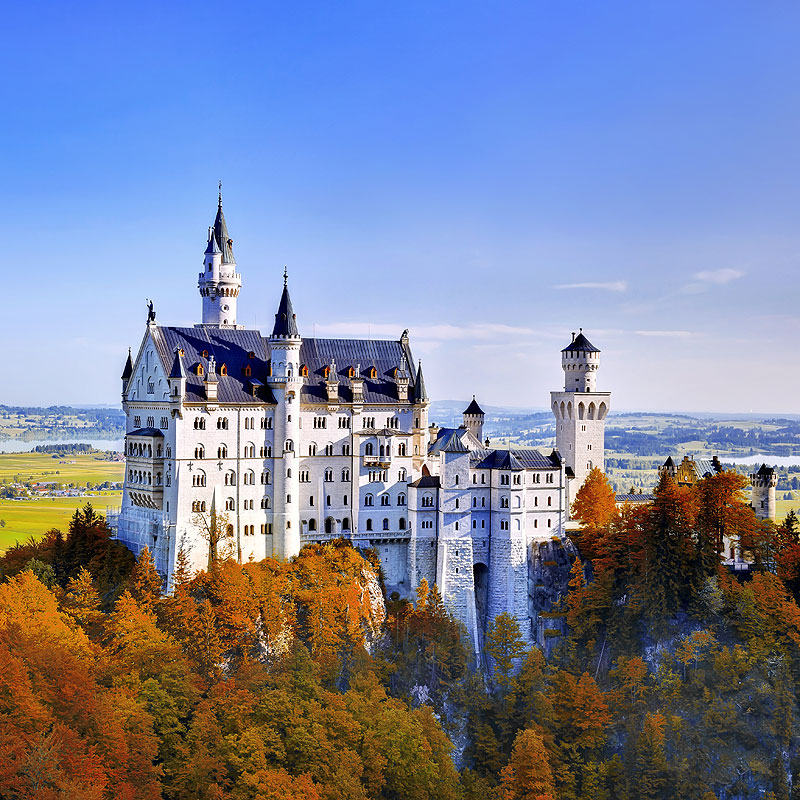 Neuschwanstein Castle is a Romanesque Revival palace on a rugged hill above the village of Hohenschwangau near Füssen in southwest Bavaria, Germany. It is one of the most popular and most visited places in Germany. This castle also appeared in many films and inspired Walt Disney for creating the Sleeping Beauty Castle in Disneyland.

Although it might seem as a gothic castle, it is a quite young chateau. Ludwig II Bavarian built it as his resort but also an opera scene for Richard Wagner. In 1886, on command of bavarian ministers, Ludwig was arrested and sent to prison in Berg, where he mysteriously died a couple of days later. After that, the castle was closed and begun to break down. It was reopened after the Second World War. Its throne room was constructed according to the model of Hagia Sofia in Istanbul. The setting of Neuschwanstein could not be more idyllic. However, movement in the foundation area has to be continuously monitored, and the sheer rock walls must be repeatedly secured. The harsh climate also has a detrimental effect on the limestone façades, which will have to be renovated section by section over the next few years. Every year 1.4 million people visit "the castle of the fairy-tale king". In the summer around 6,000 visitors a day stream through rooms that were intended for a single inhabitant.

You can visit Neuschwanstein Castle (Füssen) on these routes: