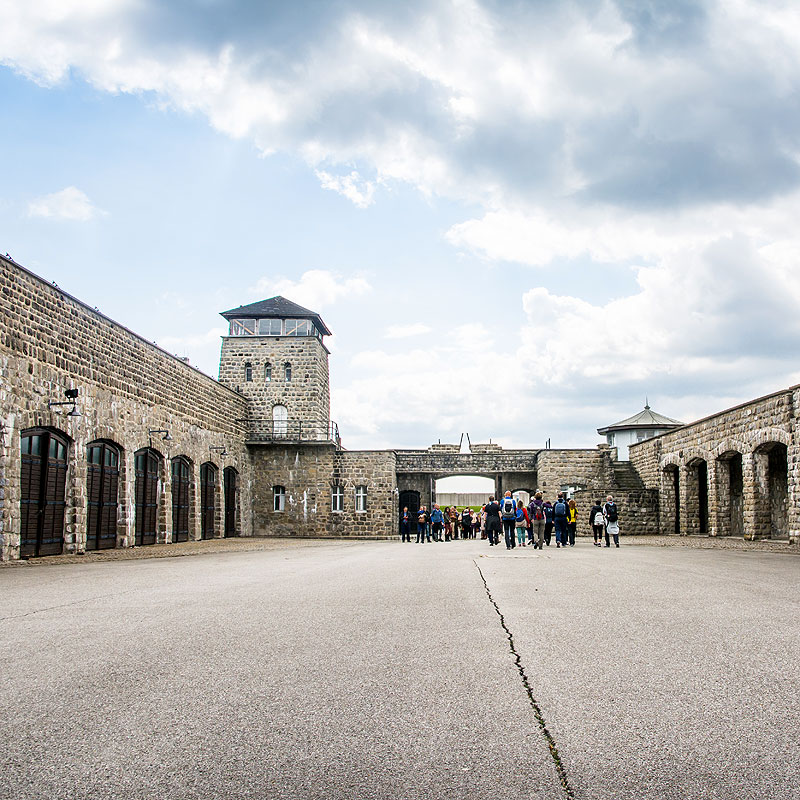 Mauthausen is a small picturesque town with some 5 thousand inhabitants located near the top of a hilly terrain and surrounded by other hills making it one of the loveliest natural areas of Austria in the region called Upper Austria (not far from the border with the Czech Republic in the north). It seems hard to believe that Hitler´s Nazi regime chose this place as the location of one of the largest and most elaborate concentration work camps. Mauthausen is situated approximately 20 kilometres east of Linz making it a suitable stop-over for all travellers between Salzburg, Linz, or Hallstatt and Vienna, Cesky Krumlov, Ceske Budejovice, or Prague.

During the First World War, there was a prisoners´ camp situated to the east of the town, in which over 9000 inmates from Russia, Serbia, and namely Italy lost their lives.nOver the duration of the Second World War, the area became a location of 49 branches of the Mauthausen work concentration camp, in which between 120 thousand and 320 thousand prisoners from 26 countries died due to inhuman labour (especially in the local granite quarry) and unbearable living conditions.nWe recommend to allow approximately 3 to 6 hours to visit the main camp, including the holocaust museum and the memorial gardens.nThe concentration camps of Mauthausen and Gusen I were designed to deal with political opponents of the Nazi regime, and so had special strict and extremely cruel rules for all inmates (known as STAGE III rules).nMany historians, biographers, scientists, writers, and other members of intelligence class were erased here.nThe granite mined in the local quarry by the concentration camp inmates not only served as material they were forced to use to build the camp itself, but was intended to serve to reconstruct and re-furbish all major German towns and cities.

You can visit Mauthausen on these routes: