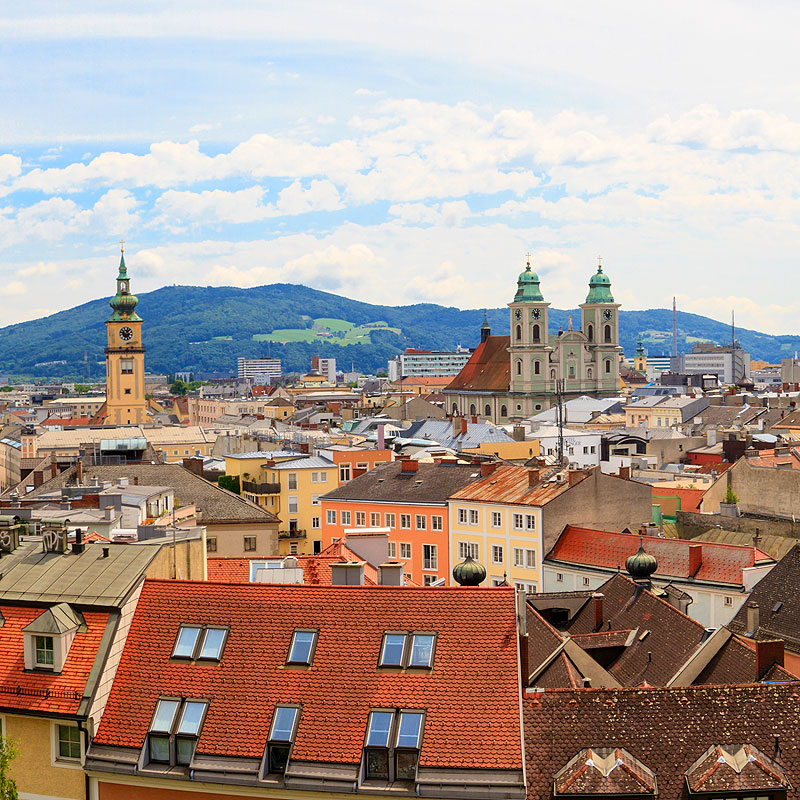 a modern town of culture, architecture and art

Linz (with nearly 190 000 inhabitants) is the capital city of the Austrian region called Upper Austria (Oberosterreich) situated on the Danube River. Being the third most populous city in Austria with its modern and vibrant look, Linz skillfully merges the old and the new, and is an ideal location for all lovers of history as well as modern architecture, culture and art.

Linz is also an ideal scenic stop-over for travellers between Prague (or Cesky Krumlov), and Salzburg, Hallstatt or Vienna.nLinz derives its name from the Celtic expression Lentos denoting the close relationship and mutual dependence of the town and the river Danube. Historically first railway in Europe was built here between 1825 and 1832 and cut the journey short among Gmunden, Wels, Linz and Ceske Budejovice connecting today´s Austria and the Czech Republic.nAmong the city´s attractions belongs the Postlingberg pilgrimage church with a look out point and a fortress - all situated at the top of a hill overlooking Linz from the north. You can take a mountain tram funicular (Postlingbergbahn) travelling up the steep hill, in the middle of which you can also visit the local ZOO. This tram is the steepest adhesive tram line in the world.nLinz also boasts the largest town square of all settlements on the Danube called Hauptplatz.nThe other castle (Linzer Schloss) first mentioned in 799 now hosts a museum.nFor all lovers of biology, Linz also offers Botanical Gardens situated on top of a hill called Bauernberg, and spreads over an area of 4,2 hectars housing more than 8000 species of plants.

You can visit Linz on these routes: