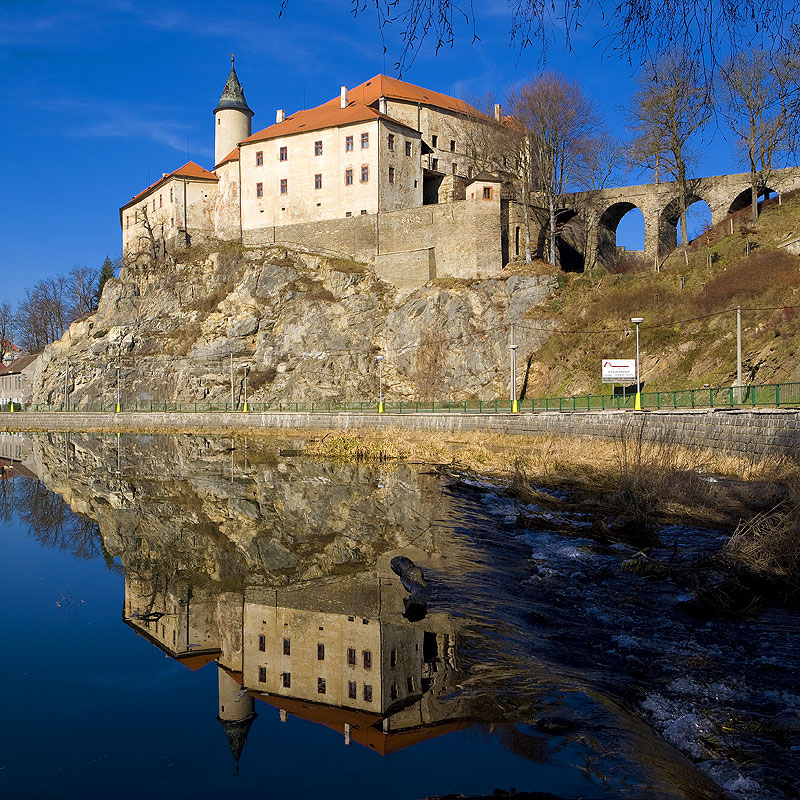 a town with a castle situated by a river

Ledec nad Sazavou is a town of some 5.5 thousand inhabitants situated in the centre of Czech-Moravian Highlands on the river Sazava, directly between the Czech regions of Bohemia and Moravia. The right bank of the river is dominated by a magnificent 13th century castle, one of the oldest in the country. The historical core of the town, including the Church of St Paul and Peter, is located on the left bank of the river, and can offer a number of Gothic and Renaissance sights.

The first written record about Ledec comes from 12th century, and in the middle of 15th century, it was granted “town status”. Soon, Ledec became the most important settlement along the Sazava river for the great majority of the middle ages. We recommend to visit the local castle, whose northern part hosts a museum with 5 main rooms, and an arts gallery. This unique museum presents and displays the history and tools used by craftspeople in the region (e.r. pottery makers, glass makers, smiths etc.). Hourly guided tours are available from April to September without previous order, in shoulder season only available on order for groups of 10 or more. The biggest attraction of the town is an early Gothic castle built in 13th century to safeguard a trade route passing the town. Nowadays, the castle is a popular venue for cultural, and music festivals. Of course, the river Sazava is one of the most popular locations for rafters, canoeists and tramps (holiday makers loving camping, hiking and sleeping in the open air), and so it is a place, where you can hear a lot of country music, see campers, and enjoy staying in a tent or teepee.

You can visit Ledeč nad Sázavou on these routes: