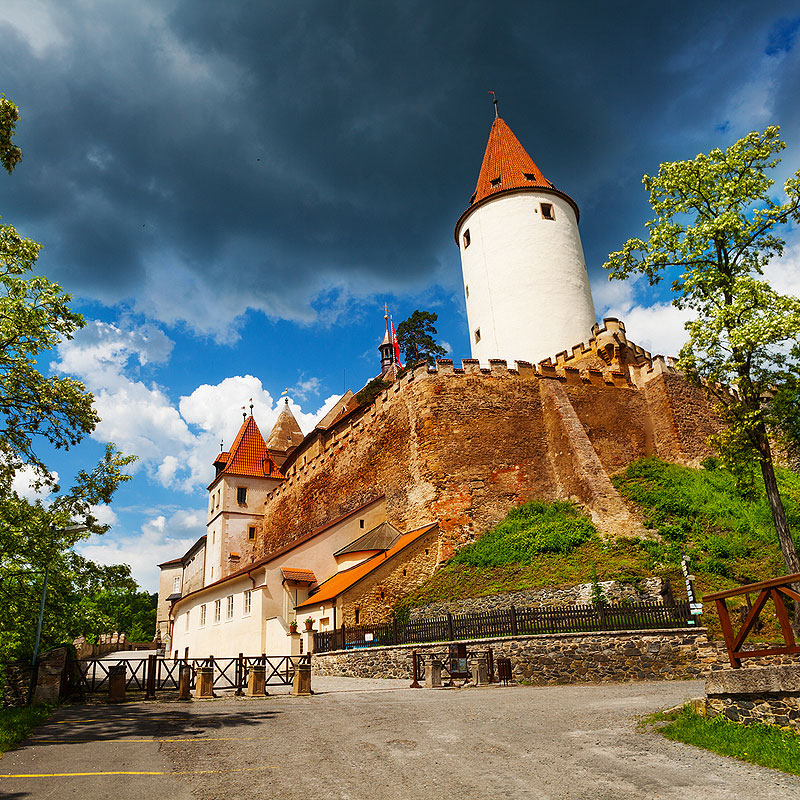 The royal castle of Krivoklat used to be one of the key residences for Czech nobility and royals. With its location in the middle of the Nature Reserve of Krivoklat Highlands appr. 60 kilometres west of Prague, it is a convenient stop-over spot for travellers. It is one of the major landmarks of a region known as Central Bohemia.

The history of this magnificent Gothic castle dates back to 1190. It was mostly used as a hunting castle. At one time (after the big fire of the Prague Castle in 1316) Krivoklat became a royal residence, too. On numerous occasions it also became a residence of Charles IV., the Roman emperor and Czech king. It also served as a prison, and dungeon. Krivoklat was plagued by frequent fires, which repeated about once every 200 years (last in 1826). It was last re-built in 1880 in Purist style, which was supposed to give the castle its original Gothic look. We recommend to allow appr. 2 hours to visit the castle offering magnificent examples of Gothic architecture, including the Castle Chapel, which belongs to the best examples of late-Gothic architecture in the Czech Republic. The castle is accessible all year round, with limited access in winter. There is a choice between the guided tours. Guided tours take place every 30 minutes, and are available in Czech, English, and Russian.

You can visit Křivoklát on these routes: