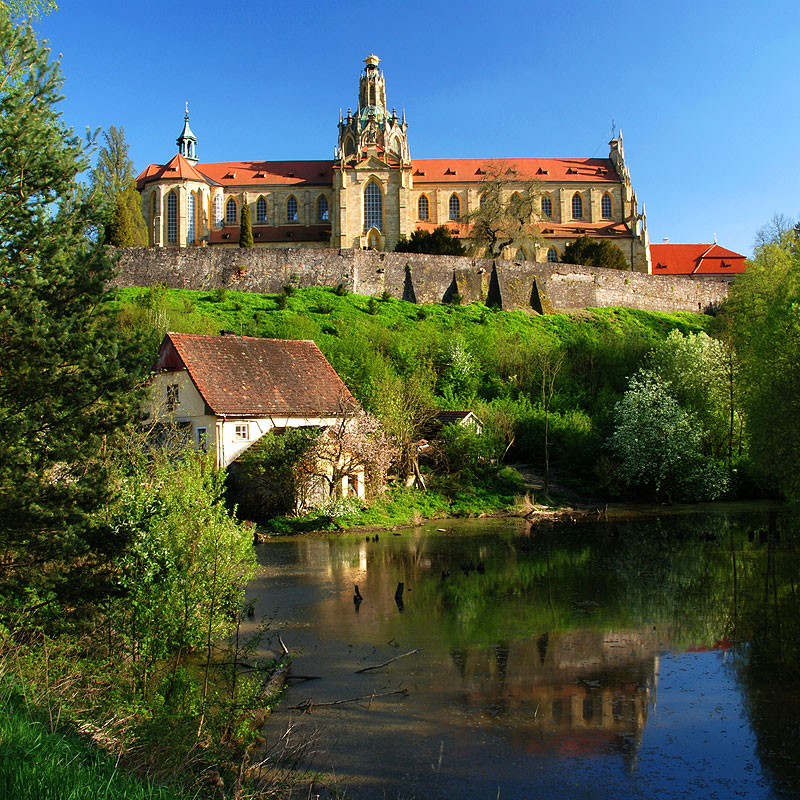 a monastery from 12th century

Monastery in Kladruby is a former Benedictine cloister from 12th century, situated in the Plzen Region of Czech Republic.

It was founded in 1115 by Vladislav I (a Czech earl - buried here) and became a major institution in the area (also thanks to the discovery of silver ore in the area) until 1785, when it was officially closed by the emperor Joseph II (Josef II). It is situated approximately half-way between Plzen and the Czech-German border near the town of Stribro, i.e. approximately half-way between Prague and Nuremberg. The local Cathedral of Assumption of Virgin Mary, St Wolfgang, and St Benedikt has been in operation until today, and it is also a place, where important masses and other church services take place (e.g. at Easter, Christmas, Assumption of Virgin Mary). After 1989, the monastery complex was fully refurbished, and is now a popular destination for over 20 thousand visitors a year. You can also visit some festivals and other cultural events here, e.g. the Historical Fair (selling hand-made products, or take a special Christmas Tour of the complex, the classical music festival called Kladruby Summer (Kladrubske leto), or the popular organ concerts. Kladruby´s cathedral is a magnificent piece of architecture, the third biggest of its kind in the Czech Republic (after St Vitus in Prague Castle, and the cathedral in Sedlec near Kutna Hora). The cathedral is a crowning Baroque-Gothic masterwork by Jan Blazej Santini, whereas the convent building was designed by Kilián Ignác Dientzenhofer, and was finished in 1770, shortly before the complex was closed.