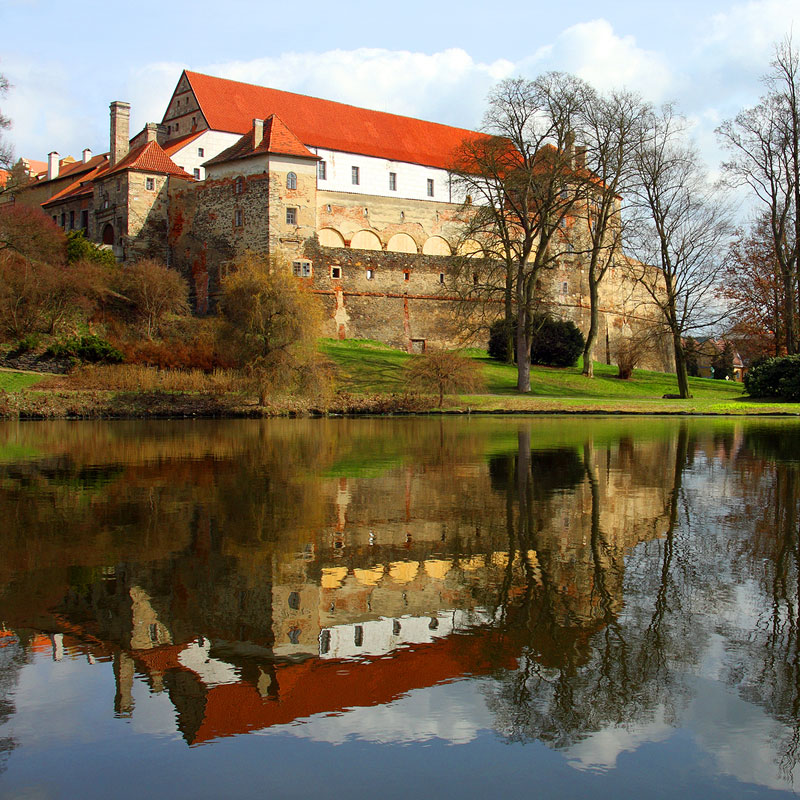 a Renaissance pearl of the western part of Bohemia

Horšovský Týn is a town of some 5 thousand inhabitants located on the river Radbuza approximately 150 kilometres from Prague and Nuremberg alike (half-way) near the west-Bohemian city of Pilsen (Plzen).

The place was first mentioned in written records in 1184 A.D. and was built at the ford over the river on the historical trade route. The local castle was built in 13th century, and the settlement was granted the town status in 14th century. In 1547, the town was destroyed by a great fire, which means it had to be rebuilt. This is why it is now a Renaissance pearl of the western part of Bohemia. The town is a picturesque place with plenty of Renaissance and some Baroque architecture mostly in the centre (fully refurbished in 2006), you can also visit the local castle (partly refurbished, too). We recommend to allow approximately 1 to 4 hours to visit the town, and its magnificent Renaissance castle (sometimes called “Cesky Krumlov of the West”).

You can visit Horšovský Týn on these routes: