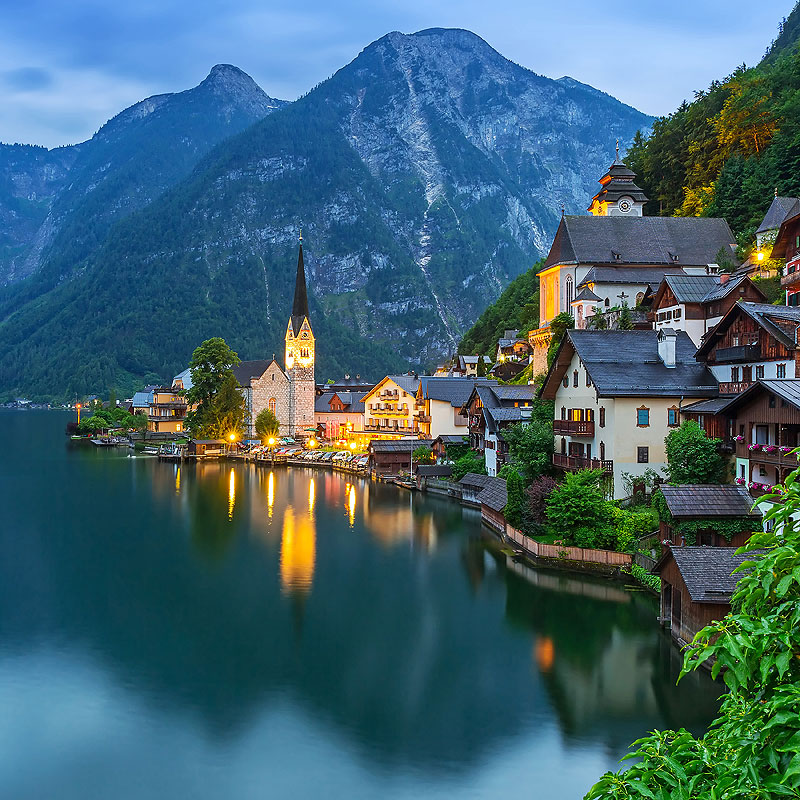 a UNESCO-listed lake town at the foot of the Alps

Hallstatt is a small community of over 900 inhabitants situated 508 metres above the sea level in the centre of an area called Salzkammergut (salt chamber), surrounded by the mountain range of Dachstein on one side, and the Hallstattersee Lake on the other.

Due to its wealth and development based on salt mining, this place is the cradle of what is today known as Hallstatt Culture/Era. Thanks to its rich history, culture, and architecture, Hallstatt was listed by UNESCO among the world heritage sites in 1996.nHallstatt is an ideal destination, or a scenic stop-over for travellers on their way from Salzburg, or Linz to other destinations.nThe most charming thing about Hallstatt is the fact that all houses are crammed together allowing merely for one major street (Seestrasse - running along the lake) and a few pathways (among the individual buildings) - all within a strictly limited area of land between the lake and the mountain behind the village. The mountain behind the village is the location of an extensive and world´s oldest salt mine with huge cave systems.nHallstatt also offers a number of historical buildings skillfully built into the mountain slope, and the obligatory salt museum boasting exclusive finds of some of the oldest tools ever used by mankind.nAn enjoyable trip by the mountain funicular train comfortably gets you to the entrance of the salt mine as well as to the Hallstatt graveyard - both located at the top of the mountain above Hallstatt. Correspondingly, Rudolf Tower situated there, too, was originally used by the mine´s guidesmen, and is now a restaurant offering stunning views of the surrounding area.nnAll the above clearly explains why the Chinese decided to build a copy of the town, which was officially revealed in 2012 (in the presence of Austrian representatives) in the Chinese province of Kuang-tung costing over 940 million US Dollars.nnApart from its architecture, and salt-mining history, you can also enjoy a romantic boat ride, or enjoy a cycling trip to the nearby village of Obertraun.nHallstatt is also an ideal destination for all lovers of mountain hiking, and lake diving.

You can visit Hallstatt on these routes: