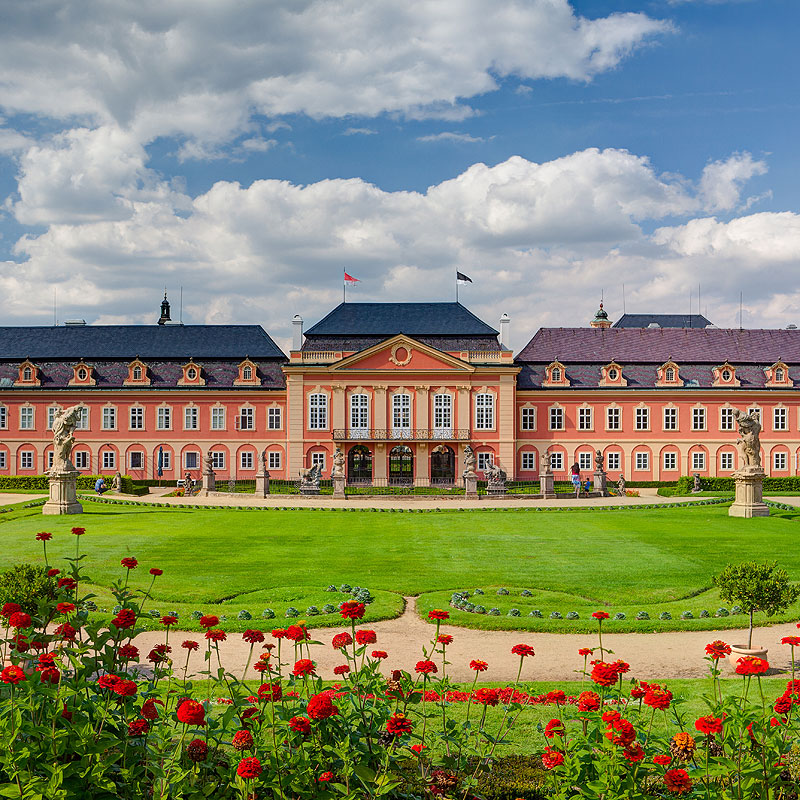 a small town with a Rococo castle

Dobris is a small town of some 9 thousand inhabitants situated in the region of Central Bohemia some 43 kilometres south-west of Prague. The main landmark of Dobris is its Rococo castle with extensive French-style garden grounds. It is located approximately a 45-minute drive from Prague.

By legend, the settlement was started by Dobrich (one of the companions of Great-Father Cech - the alleged father of the Czech nation) giving Dobris its name. The first proven settlers arrived here in the early stone age. Since 1262, the castle was owned by the lords of Rosenberg (Rozmberkove in Czech). Later, the castle came back into the hands of the royals, and Charles IV. (Karel IV.) used the castle to set up the Supreme Hunting Office of the Czech Crown in its premises, and joined further 13 domains to the castle to emphasize its importance and independence. Since 1630, the castle came into the hands of aristocracy again, when it was purchased by Bruno of Mansfeld. In 1870, the Mansfelds died off, and the castle came into the hands of the Colloredos. The town gained great wealth due to its markets, its iron ore mine, and the production of leather hand-gloves and other leather accessories. Apart from the Rococo castle, there is a number of sights worth visiting in Dobris, e.g. the Empire style Town Hall from 1821, historical buildings of the local leather hand-gloves factory from 1865 (built by the local Jewish citizens), or the Masaryk Sanatorium for Nerve, Internal, and Respiratory Diseases from the late 1930s, and the castle French, and English style gardens. The castle was restituted by the Colloredo-Mansfelds in 1989, including the surrounding forest areas.

You can visit Dobříš on these routes: