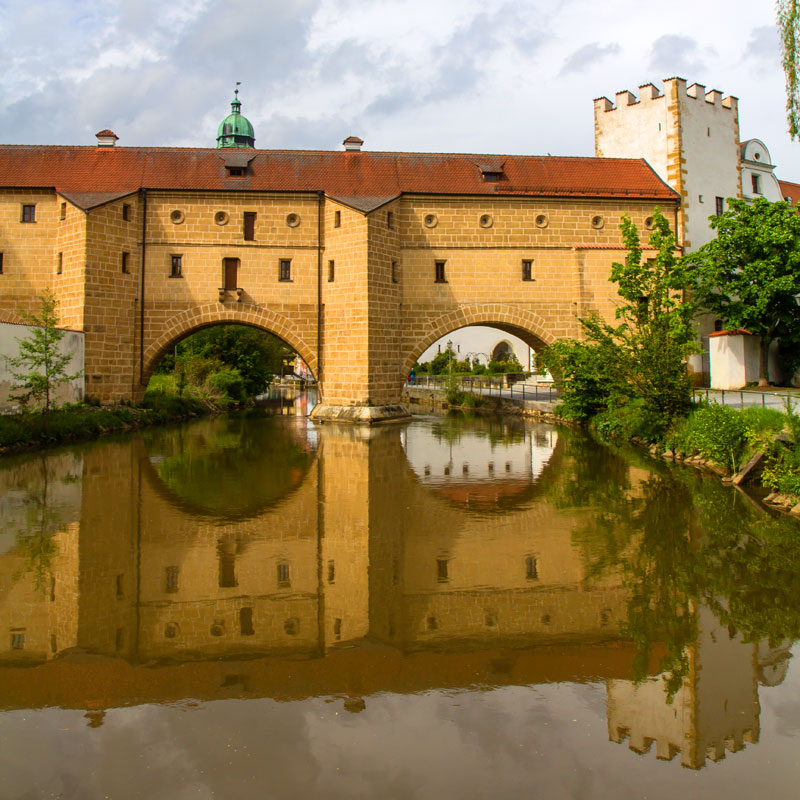 a gothic town with the salt trade

The town Amberg lies in Bavaria in Germany. It is located in the Upper Palatinate, roughly halfway between Regensburg and Bayreuth.The town Amberg is popular mainly for its trade with salt, iron ore and iron products and for its gothic buildings.

The town was first mentioned in 1034. It became an important trading centre in the Middle Ages, exporting mainly iron ore and iron products. In 2013, over 41,000 people lived in the town.There is placed lots of interesting object for history and architecture lovers. One of the most popular buildings is undoubtedly the gothic town hall. For technically focused visitors is there the Air museum. In Amberg lies also Kurfürstenbad - wells - modern aquapark with seven pools, whirlpools and sauna world. It’s an ideal place for active relax for families with children or individual visitors. A defining feature of the town is the Stadtbrille (literally: town spectacles) - an arched bridge across a small river Vils, originally part of fortification, which connects the Kurfürsten castle and the armory. Arches of the bridge reflected on the river waters resemble a pair of spectacles. Other tourist attraction include for example Market Square, where lies the Gothic town hall, which was build in 1358 and the late - Gothic church of St. Martin. The New Palace, the former residence of the counts of the Rhenish Palatinate, built at the beginning of the 15th century, a well preserved section of the medieval walls and gates, the baroque Franciscan monastery on the Hill of Our Lady Help of Christians (germ. Mariahilfberg) above the town. The Little Wedding House claimed by town authorities to be the world’s smallest hotel, which served to young couples for one night to circumvent laws prohibiting marriages between poor people. The town museum includes exhibits of life and industry in Amberg and the Air Museum, which was opened in 2006.

You can visit Amberg on these routes: